The Special Tips in Prayer 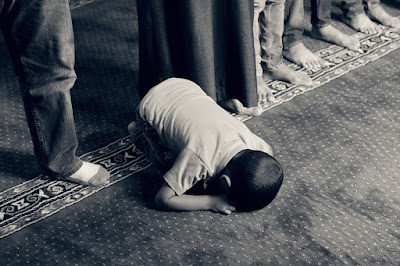 Alhamdulillah, on this occasion we discussed how to make our prayers special? let's just read the article below ...

Make patience and pray as your helper. And indeed this is very hard, except for those who are fervent, (ie) those who believe that they will meet their Lord and that they will return to Him. (QS.AL- Baqarah: 45 - 46)

This verse explains that prayer is a hard work except for those who are especially following it describe the characteristics of a special person, namely people who believe that he will meet Allah SWT on the day of resurrection, return to HIS to account all actions during life in the world

"In fact, he is a heavy prayer except for a special person," that is, a person who is calm in obedience. they are people - people who believe that they will meet their god with their resurrection and that they will return to HIM in the hereafter, then Allah will give them a reward " (Tafsir al - jalalain, p. 11)

Imam Al-Qurtubi explained by comparing the prayer service with fasting. he said

"In prayer there is a condition in which a person's soul is" captive "while in fasting" only "there is a condition where the human being must hold back his lust. People who prevent one lust are certainly different from people who must prevent all lust. fasting people hold back women's lust, eat, and drink. besides that he is still given to speak, walk, see, and others that can be in contact with other creatures he can relax with all that. on the contrary, people who pray are not allowed to do all that. all of his limbs were restricted from all the lusts. because prayer is a condition that is most severe for the soul and for fighting for it requires extra effort, so he is referred to as one heavy " (Tafsir al-Qurtubi, vol. 2, p.373)

Al - Imam Al qurtubi then explained about the criteria of the khusyu 'he said:

"Khusyu" is the condition of the heart that appears in the limbs in the form of calm and humility. according to QATADAH, Khusyu 'is in the heart and it is an attitude of fear, bowing down the view in prayer. while Zajjaj the khuusyu 'will appear to be submissive and devoted to it. "

The Messenger of Allah said: "If you perform prayers, then pray is like a separate prayer." (HR.Ibnu Majah 4171)

There are many explanations delivered by the companions of the Apostles and the scholars 'regarding tips on carrying out Khusyu prayers', one of which is an explanation from Hatim Al-Ansam. he was once asked about the prayer, he replied:

"If you come to prayer time, I make your ablution easier. I went to the place that I would pray there, I quietly fell first until all my body members gathered, then I stood up to pray, I made the Ka'bah between my two eyelids, the bridge (shirath) under both my legs, surge on my right , hell on my left, and the angel of death is behind me, I position myself that this is my last prayer. I do this prayer between Feeling hope and fear, I I bet with certainty, read reading with tartil, bowing with humility with prostration with fear, sitting moorruk (tahiyat awwal) and iftirasy (tahiyat end), I am with all with sincerity, then I don't know whether my prayer is accepted or not (surrender) "(Abu Na'im Huliyat al - auliya, vol. 8 p.74-75)

There are seven things in prayer that come from the verses including: nosebleeds, sleepiness, anxiety, or doubt, yawning, scratching, turning, busy with something, some scholars add "negligent and doubtful"

His conclusions, khusyu 'is that the impact can be seen outwardly in the limbs of what is made. On the contrary, showing members of the body's submission outwardly but forgetting the khusyu aspect 'in the heart is a despicable act, even an act of hypocrisy. Na'udzubillah.

Thus Khusyu's Tips 'in Prayer May Allah grant us special abilities' in prayer and in every lag of our lives. Amin Ya Robbal 'experienced. 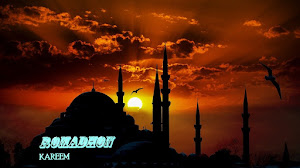 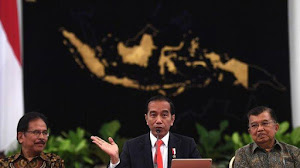